Crud Products is a family run bicycle accessories business founded by ‘MR CRUD’ in 1991. We design, manufacture and test all our products in the UK. 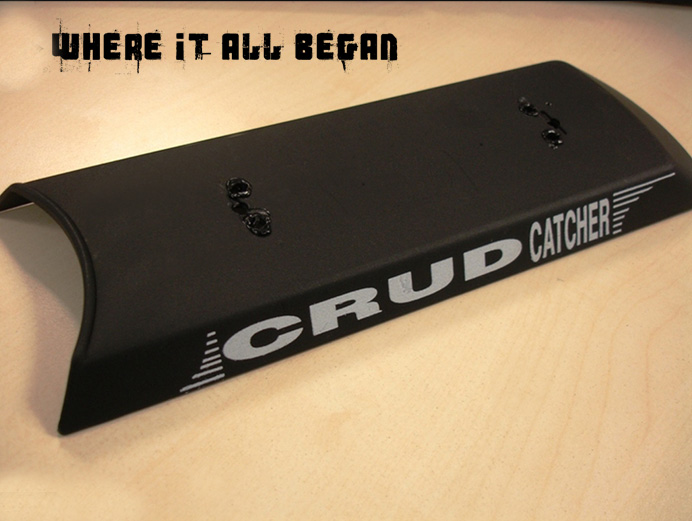 1991: THE CRUD CATCHER
Pre-CRUD riders were in the habit of cutting up plastic bottles and zip-tying them to the downtube. I wanted something that looked a little more stylish on my brand new Diamondback. So I looked in the yellow pages and found a “tool designer”. I didn’t know what it meant, or what he did, but I went along to see him anyway, and he hooked me up and designed the tool for the first crud catcher. I don’t remember his name, but I’d like to meet him again and thank him for setting me on the path. 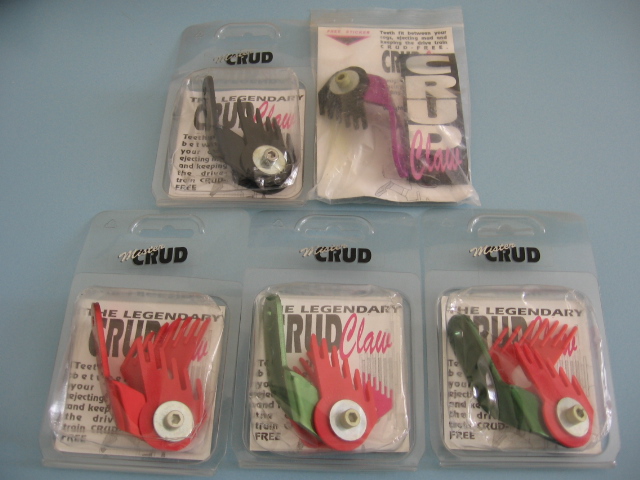 1992: THE CRUD CLAW
Seemed that it was always raining in the early 90’s. This product stopped your gears from clogging up and sold well ’till Shimano re-designed the rear cassette on their gears. The mud just falls through the gaps now. That was the end of that product! 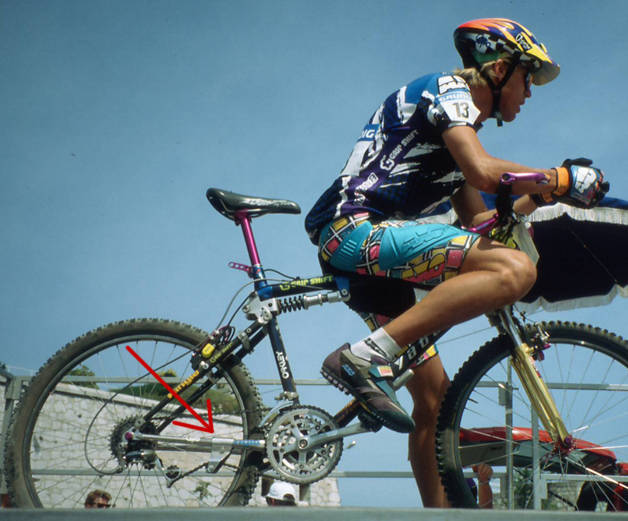 1993: THE DCD
The first Downhill races that I remember were in about 1989 at Bosley, near Macclesfield, and took place just before the day’s crosscountry races. They were quite popular, but favoured the fit and strong, with fireroads and few corners. About the same time, there was an annual series of 3 races based around the North York Moors with a downhill in the mornings. The downhill scene quickly developed nationwide in the early ’90s, and was adopted by MBUK and others as the cutting edge of MTB sport.
It became clear very early on that the bikes needed something to stop chain derailment (a common problem before suspension). I designed and tested a prototype DCD in about 1993, and showed it to Rob at H+B Metal Pressings in Scarborough. He had a quiet fortnight coming up, so we worked between 6pm and 3am in his freezing cold workshops every night for two weeks to develop the product and the tools to make it. I had anticipated total sales worldwide of 2,000, but we broke through that in the first month.
Even sold quite a few to Japan.

1994: THE RACEGUARD
We had a German journalist friend and his family over to stay in 1994, and he suggested we design a seatpost-mounted rear mudguard. I said it couldn’t be done, but started experimenting after they left.
Thanks Eddie Wagner, I owe you a drink! 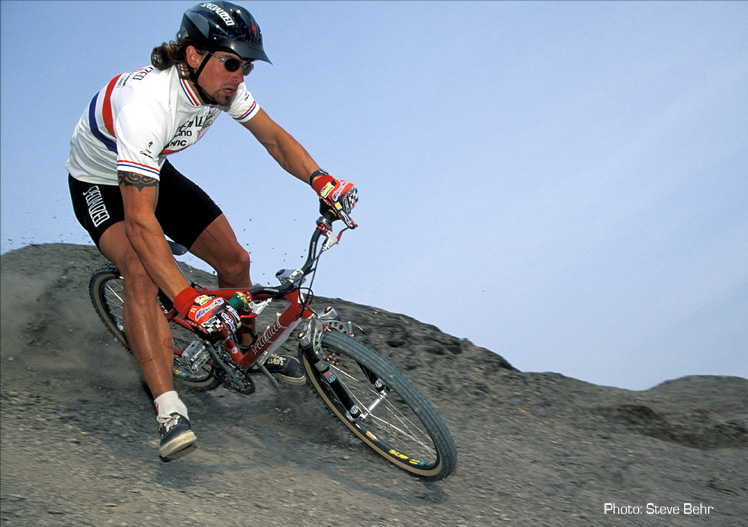 1995: DIRT THE MOVIE
I loved the early Billabong surf videos like Bunyip Dreaming and Green Iguana, and fancied making an MTB vid on those lines. I ran up a 5-minute pilot with all the usual suspects (Rob broke his shoulderblade in filming) and went to MBUK for the funding. They gave the go-ahead, and I made my first and only film. It looks dated now, hardly any jumps or dangerous stuff, but the sheer fun of riding with your mates off the beaten track comes through to me every time I watch it.

1996: THE COG HOG
A bit-of-fun product that solved the problems related to the old system of cable routing. My old mates Zac Tempest and Jes Jones (whateverhappened to them?) came up with the concept on a drunken evening session, and me + Rob at H+B put it into production. All rear mechs use direct routing as standard now, so the product is no longer needed. 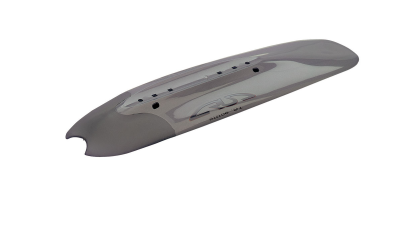 1997: THE CRUDCATCHER MK4
I noticed that my toothbrush was made out of two different types of plastic, so I asked my toolmaker if we could do a crudcatcher with a soft nose. He wasn’t keen, but I did all the wall thicknesses and design work, took the financial risk that it would work, and came up with the Mk4. We didn’t know whether it would mould ’till all the tooling was done, but it worked like a charm. 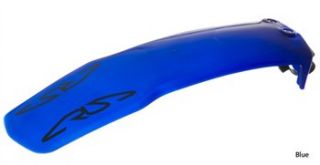 1998: THE DH FENDER
All the downhillers were experimenting with trials and motorcross mudguards at the front. I tried to come up with a viable product, but there were just too many different fork manufacturers with too many varieties of steerer-brace etc.
I decided to take a different route, and this little brace-mounted ‘guard was the solution. Sold well for a while, but now discontinued.

2000: THE RACEPAC
The Racepac was a response to a request from my distributors. They had noticed that commuters were graduating to mountainbikes. They suggested we do a range for light off-roading and urban riding, and I basically slimmed down and lengthened the existing ‘guard and CC and came up with the ‘Pac. They are sold as a pair. 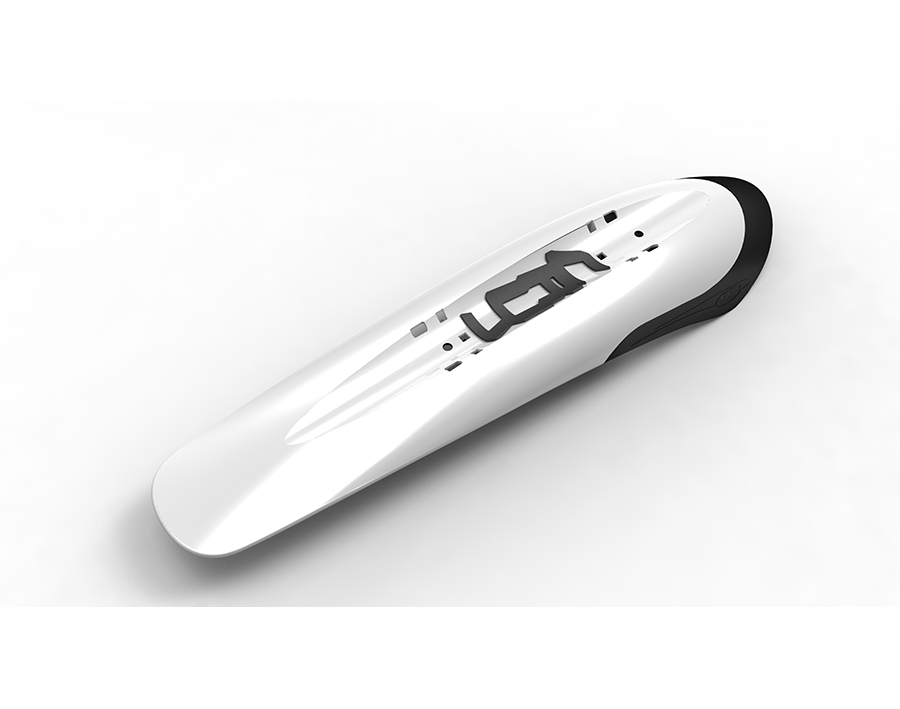 2008: RACEGUARD & CRUDCATCHER RELAUNCH
Updating the RACEGUARD was never going to be easy. It had served us well for 11 years, and was still the market leader.
Basic market research showed us that the update had to include a
fast-fitting, simple fixing system.
It took us about 2 weeks to come up with the one-bolt solution. After 3 months of tweaking and prototyping we were ready to start the tooling.

Last time we shaped a prototype, we cut up a surfboard blank, and got the basic shape of the mudguard with the help of a local boardshaper.
Technology has moved on. This time, we prototyped about 25 models at every stage of development, with a Stereolithographic R P Machine. More fun, super-accurate, and vastly more expensive. But we couldn’t have
designed the ‘09 range without it.

With a product this technical, it was essential we kept in touch daily with the toolmakers. In fact, we nearly got ourselves banned from their office because of our constant updates and changes of direction.

Our thanks go out to the guys at RYETOOLS for their patience and skills. They are one of the top toolmakers in the UK, and it is our luck to have them just down the road at Pickering, a short scenic motorbike ride away.
Thanks to Martin at Wye Valley Machining for turning the bolts too.
And Big thanks are due to the rapidprototyping team. U know who U R! 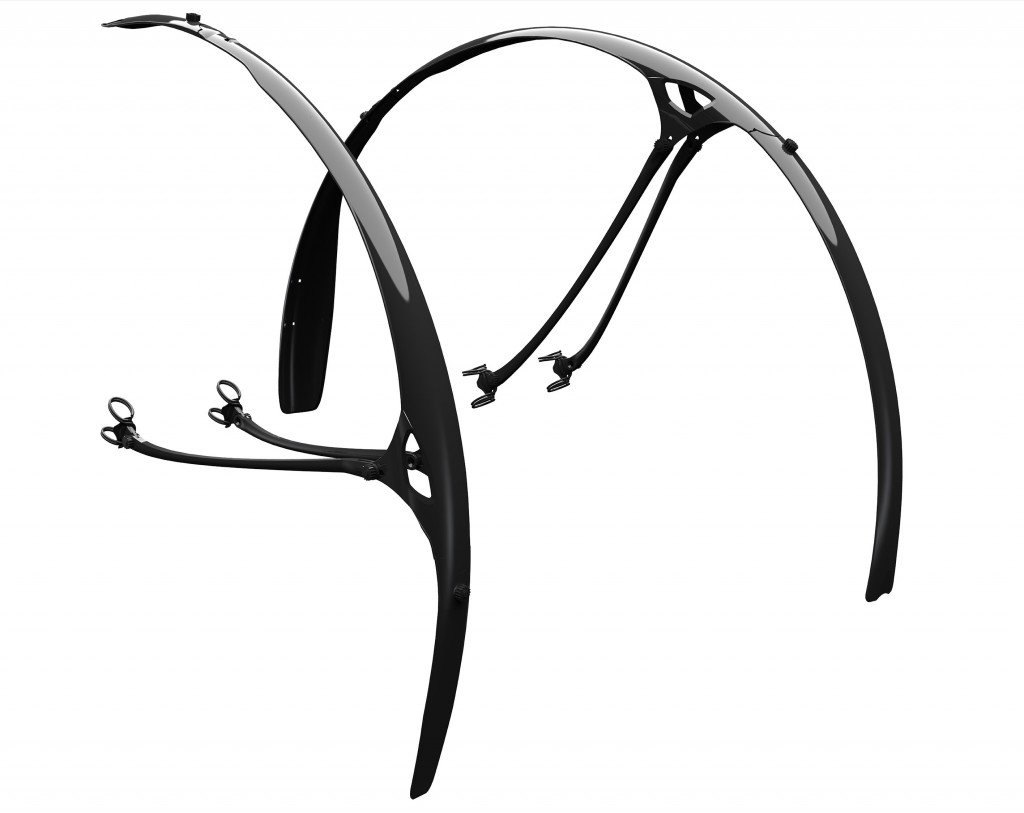 2009: ROADRACER
The CRUD ‘Roadracer’ concept turns orthodox mudguard design on its head. We reasoned that if you could float the mudguard off the rim then you could do away with a lot of the traditional fixings.

The unltralight Roadracer mudguard (180 grams the pair) just hovers in place, so there is nothing to rattle or rub. The brushes instantly dampen any road vibrations, settling the mudguard into its neutral central position. In extensive tests we have failed to wear the pile against the rim and thr friction involved is so light as to be unmeasurable. 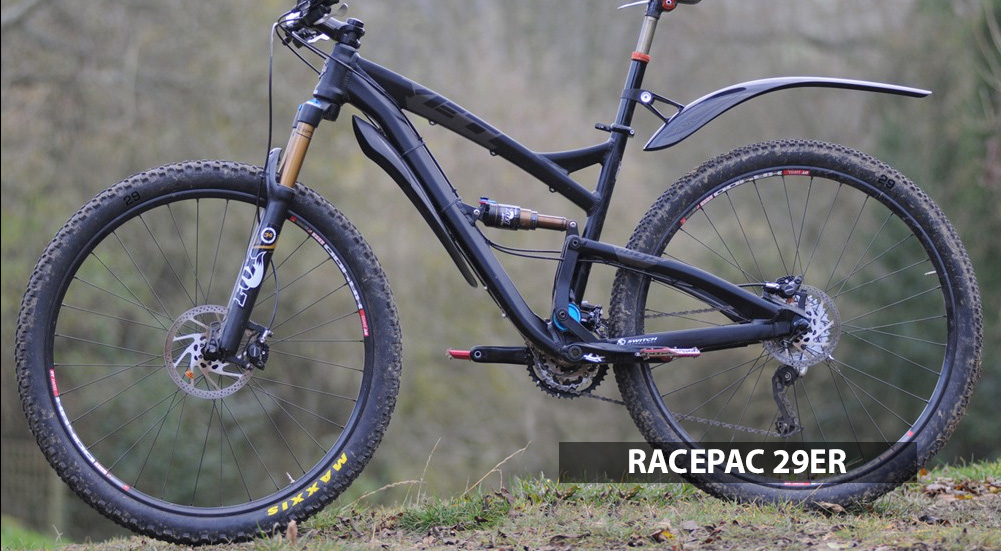 2013: RACEPAC 29ER
Here at Crud we love big wheels and have been riding 29ers since they came out.

We have redesigned the original Racepac to suit the big-wheelers.

The bracket is tougher. The rear blade is 5 inches longer, wider and more rigid but they are still the lightest, best looking set of guards on the market. 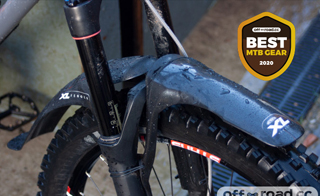 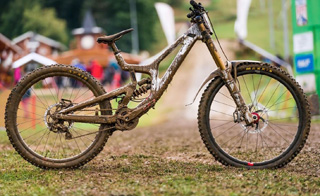 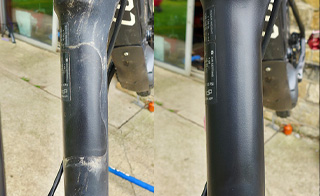 WILL XL FENDER MARK MY FORKS? 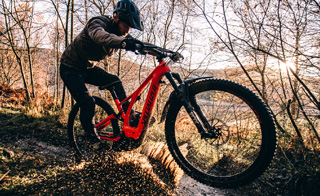 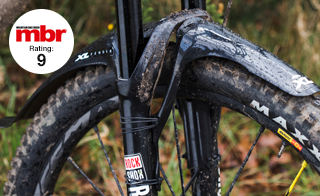 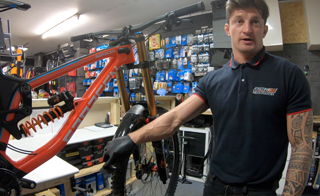 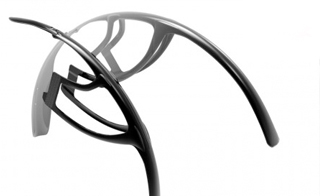 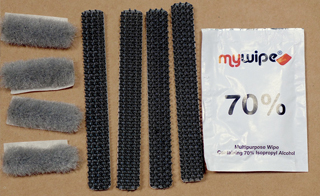